What is stem cell?

So-called stem cells are the non-differentiated cells, which function is to generate specialised cells by their function.  In the magical Kingdom of plants they are the cells from meristem tissue, which is responsible for the growth of plants. Swiss Karl WilheIm von Nägeli (1817-1891) who first observed the division of vegetal cells (in algea and mosses) and described the origin of organs, from the Greek world dividing (mereizein) called  meristem tissue, the part which is responsible for growing. It is known that plants are growing in 2 direction: towards the light and towards the mineral nutrition and water in horizontal axis. 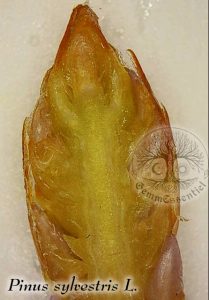 This tissue located in two places: in buds or young shoots which are responsible of the growth towards light and in the roots. The Mother Nature has fantastic, complex care for living beings. Everything has its function, nothing is an accident. There are particular organs produced by the plant which meant to protect these extremely important and vulnerable tissue. Guess who they are? BUDS.

From the buds emerge the NEW LIFE, they are a “totum” of  plant. It contains all the genetic information, all the source of adult tissue: trunk, stems, leaves, roots, flowers, fruits, thanks to its non-differentiated mass of cells. As the circle of season alternates, the plants follow its natural circle of changes. The plants need water, air, soil and light to live. We can say that the trees are integrating the 5 elements which are necessary for the life. At the end of winter the water rise in the form of sap, the water element is dominant at this period. The leaves, flowers develop and start photosynthesis which is the fundamental biochemical process on the Earth. The Alfa and the Omega of our existence. During the process of photosynthesis the plants absorb carbon dioxide and produce oxygen while build carbon in their tissues, humans and animals inhale oxygen exhale carbon dioxide and while consuming plants or other higher form of living beings (carnivores) build carbon in their body. 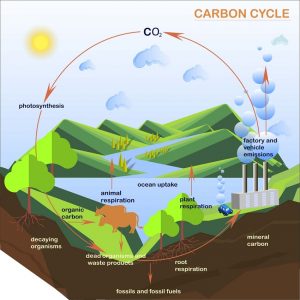 After their death (plants and animals) decay organisms decomposing the body and bring back carbon dioxide into atmosphere or remain fossils. And the cycle starts again, this we call as a carbon cycle.

About our wonderful Planet Earth and its biodiversity, you can read more here. (link to Do you know…. Biodiversity).

During the summer, in the active period of photosynthesis, the air element is dominant. As the Sun, the light plays role and reaches its maximum capacity, the fire element became the characteristic element of autumn. The water element, the sap retracts to the root zone, the trees are prepared for the cold, unfavourable season, for the period of “sleeping”. While our eyes sees a sleeping, lifeless trees, a magical transformation is taking place. A special mineral storage places are created in order to protect its life force. Here we are returning back to the BUDS, the particular organs which are created by the plant to gently cover and protect the most important tissue carrying what needs for development, the meristem, the undifferentiated group of embryotic vegetal cells. Meristem is a construction engine of the plant said by Dr. Franck Ledoux. If the meristem is an engine, the buds are the precious crystals of the trees, in which the trees integrates the 4 elements and store the quintessence of life.

The true “founding father” of gemmotherapy was Dr Pol Henry (October 22, 1918 – October 7, 1988). He was the first researcher who systematically studied bud-preparations. During the Second World War, he studied homeopathy medicine at the universities of Brussels and turned to the herbal medicine. His systematic research of bud-preparations were inspired by St. Hildegarde of Bingen (1098-1178) and Johann Wolfgang von Goethe. St. Hildegarde, the famous woman doctor of Catholic Church from the 12th century used to advise buds of apple, birch, blackcurrant, chestnut, ash, silver linden. Since Antiquity the trees had always special place in the work of great philosophers, like Plato, Theopohrastus, Decartes, Leonardo da Vinchi, Kant, Hegel but especially they were studied later in the history by Johann Wolfgang von Goethe, who wrote his ground work “The metamorphosis of plants” in 1790. Goethe’s first major attempt to describe “the truth about the how of the organism.”, Goethe sought a unity of form in diverse structures. He came to see in the leaf the germ of a plant’s metamorphosis—“the true Proteus who can hide or reveal himself in all vegetal forms”.

Pol Henry was the first in the 20th century to have the idea of using extracts derived from meristematic tissues rather than adult plant parts for human therapy and proposed a therapeutic method based on analogical protocols. He conducted a series of clinical trials on humans and animals to establish the psychopharmacological effects of bud extracts. The results of his initial works were published in the “Archives Homeopathiques de Normandie” in 1959. Since then, many scientific publications have confirmed the validity of this therapeutic method.

Dr. P. Henry observed the effects of bud-extracts  and developed a new therapeutic approach. He defined that the meristem should contain all the informative energy for the development of trees. He named this new face of phytotherapy: Phytembryotherapy which is based on his original method. The “macerate concentrate” is made with:
water, alcohol and glycerine without being diluted and belongs to phytotherapy. Gemmotherapy is based on the “glycerine macerate” 1DH which is made without water, just with alcohol and glycerin and is 10 times diluted. Gemmotherapy belongs to homeopathy.

Phytembriotherapy is a therapeutic method belonging to the field of Biotherapy, which, based on the analogical–biochemical principles of biological drainage. This renewed phytotherapy, a branch of the biotherapeutic medicines classed between allopathic medicine and homeopathy. GEMMESSENTIEL is not producing medicine. Our products are classified as a dietary supplements. They are not dilution of first decimal of fresh plant extracts, as 1D solutions are described in the Pharmacopie Francaise. We follow the original method of Pol Henry: